Cars Toons Mater’s Tall Tales dubbed version in hindi, Rev up your engines for this unforgettable collection of Cars Toons starring Mater, the lovable and hilarious tow truck from the hit movie Cars. From the creative minds of Disney/Pixar come nine highly entertaining Tall Tales involving bullfights, drag races, rock concerts, monster truck showdowns and even UFOs. Join Mater, the heart and soul of Radiator Springs, and all your favorite characters from the world of Cars as they take you on a fun-filled ride that will have your family roaring with laughter! All Cars Toons in Mater’s Tall Tales follow the same tall tale formula: the episode opens with Mater popping out of his garage and declaring, “If I’m lying, I’m crying!” (or a variation thereof). Mater proceeds to tell a far-fetched story of his past to Lightning McQueen, the action shifting to Mater’s story. At a midway point, the action briefly shifts back to Mater and McQueen in which Mater proclaims that McQueen was also involved, often telling him “You was there, too!” (or some other variation). The flashback resumes with McQueen’s sudden (and usually unwilling) participation. Once Mater finishes his tall tale, (with the exception of Tokyo Mater) one or more characters or elements involved in the story appear, paradoxically suggesting the story might have been authentic. The episode ends with Mater and McQueen posing in their corresponding story’s costumes (excluding Tokyo Mater). All episodes feature Mia and Tia and various pit crew forklifts in support roles. 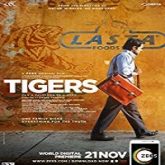 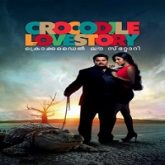 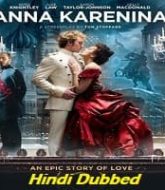