Long before her death, the sorceress Ravenna learns that her younger sister Freya is not only engaged in an illicit affair with the Duke of Blackwood, but is carrying their child. When Freya gives birth to her daughter, the Magic Mirror predicts the infant’s beauty will surpass Ravenna’s and warns her of dire consequences should the infant be harmed. Sometime later, Freya discovers that the Duke has murdered their child and, in a grief-fueled rage, kills him with her long-suppressed ice powers. Freya abandons the kingdom and builds herself a solitary ice palace deep in the North, murdering anyone who opposes her while amassing an army of children and molding them into trained warriors whose hearts will be forever hardened. When Eric and Sara, two of her most formidable warriors, fall in love and plan to elope, Freya confronts them and creates a wall of ice to separate them before forcing Eric to watch as Sara is killed. Unbeknownst to Eric, Freya has conjured a vision of Sara dying in order to permanently harden his heart. Sara, meanwhile, watches a vision of Eric running away before being taken to the dungeon. 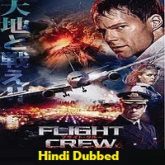