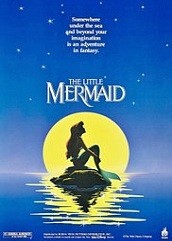 Ariel, a sixteen-year-old mermaid princess, is dissatisfied with underwater life in the kingdom of Atlantica and is curious about the human world. With her best friend Flounder, Ariel collects human artifacts in her grotto and often goes to the surface of the ocean to visit Scuttle, a seagull who offers very inaccurate knowledge of human culture. She ignores the warnings of her father King Triton, the ruler of Atlantica, and Sebastian, a crab who serves as Triton’s adviser and court composer, that contact between merpeople and humans is forbidden. One night, Ariel, Flounder, and an unwilling Sebastian travel to the ocean surface to watch a celebration for the birthday of Prince Eric on a ship. Ariel instantly becomes enamored with Eric. The birthday celebration is cut short by a violent storm which destroys the ship and tosses Eric overboard. Ariel rescues him and brings him to shore. She sings to him, but immediately leaves just as he regains consciousness to avoid being discovered. Fascinated by the memory of her voice, Eric vows to find who saved and sang to him, and Ariel vows to find a way to join him and his world. When Triton discovers Ariel’s love for Eric, Triton confronts her in the grotto and destroys most of the artifacts with his trident. After Triton leaves, two eels named Flotsam and Jetsam convince Ariel to visit Ursula the sea witch. 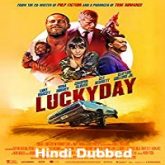 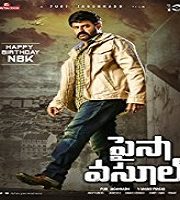