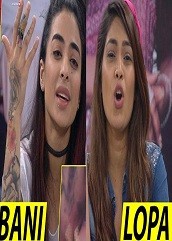 Bigg Boss 10 Episode 53 8th December written update 2016 Bani J, Lopamudra have a massive fight. In Bigg Boss 10, the contestants wake up to the tunes of ‘Yeh Public Hai’ song. Om Swami and Rohan Mehra begin the day by getting into an argument on the breakfast table. Lopamudra Raut defends Rohan and asks Swami Om to lower his voice or go and sit somewhere else. Rohan, eventually, gets up and walks away. Swami loses his cool listening to Rohan’s reply and starts saying mean things. The other contestants get irritated and Lopamudra asks him shut up and let them eat. Swami says he is being treated badly in the house and creates a scene. Rohan also retaliates and this leads to a loud verbal argument. Priyanka asks Rohan to mind his language. Gaurav Chopra is asked to name two contestants who should be sent to the jail. He names Om Swami for peeing in front of the contestants, at which Swami starts screaming and calls Gaurav ‘Bhasmasur’. 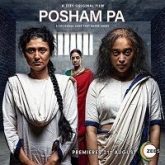