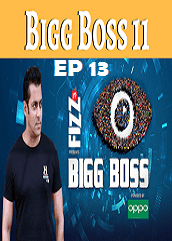 Bigg Boss 11 Episode 13 14th October latest written update 2017, Arshi Khan reveals Shilpa Shinde orchestrated Priyank Sharma and Akash Dadlani’s fight. Salman Khan, following the Bigg Boss tradition, begins the Weekend Ka Vaar in his secret chalet built inside the Bigg Boss house. Here he closely observes the contestants, their mannerisms and behaviour only to pass some tongue-in-cheek comments about them. Looking dapper in a black suit, he makes his grand entry on stage singing Saat Samundar Paar and swinging to the beats of the 90s favourite. He then talks about the most controversial and much used word in the history of Bigg Boss – ‘Footage’. His often silent friend, Jallaad then makes an entry on stage and the two talk about how the contestants resemble iconic characters from old movies. He says that Shilpa Shinde reminds him of ‘Sridevi from Sadma’ and not ‘Chandni waali Sridevi’ that she thinks she is. Vikas, on the other hand believes in Amrish Puri’s patent dialogue — ‘Jaa Beti Jaa, Jee Le Apni Zindagi’; Arshi is like ‘Amitabh Bachchan from Shahenshah’ and Hina is none other than iconic character ‘Mother India’, who acts as though the entire world’s problems rest on her shoulders. 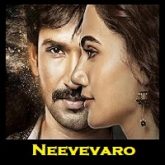 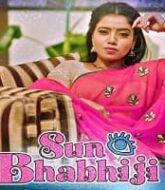 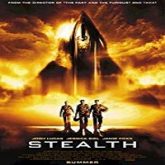