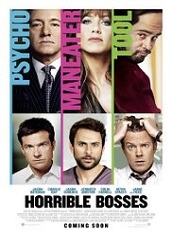 Nick hates his boss, mostly because he’s expected to work from before sunrise to after sunset and his boss, Mr. Harken, calls him out for being a minute late and blackmails him so he can’t quit. Dale hates his boss, Dr. Julia Harris, because she makes unwelcome sexual advances when he’s about to get married. But Dale is on that pesky list of child offenders so he can’t quit. Kurt actually likes his job and his boss, well, up until his boss dies and the boss’s coked-out, psychopathic son takes over. But who would be crazy enough to quit their jobs in such poor economic times? Instead Nick, Dale and Kurt drunkenly and hypothetically discuss how to kill their bosses, and before they know it, they’ve hired a murder consultant to help them pull off the three deeds. 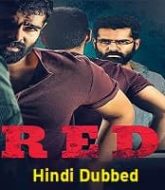