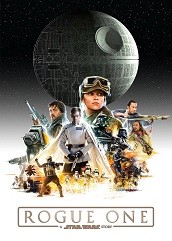 The Rebel Alliance makes a risky move to steal the plans for the Death Star, setting up the epic saga to follow. Research scientist Galen Erso and his family are in hiding when Orson Krennic, Director of Advanced Weapons Research for the Imperial Military, forces Galen to return to work on Krennic’s unfinished Death Star, a space station capable of destroying entire planets. After his wife is killed, their daughter Jyn escapes and is taken into safety by Saw Gerrera, a Rebel extremist. Fifteen years later, Bodhi Rook, an Imperial cargo shuttle pilot, defects and smuggles a holographic message from Galen to Gerrera on the moon Jedha. An adult Jyn is freed from Imperial captivity by the Rebels, who plan to use her to track down her father, telling her they will extract him, while secretly ordering his death to prevent the weapon from being completed. 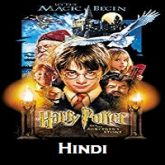 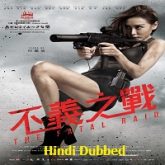