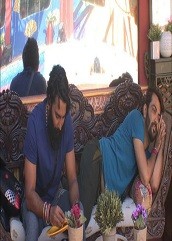 Bigg Boss 10 Episode 15 31st October written 2016 latest update Swami Om cries in confession room after Manveer, Manu abuse him. Day 15 in Bigg Boss 10 house starts with a peppy number ‘Ole Ole’. Mona Lisa complains about the division of work to Manu, to which he replies that he must make it clear with the team and take a stiff stand on it. Manveer says to Swami that he should get in the swimming pool. Swami denies but as soon as he sees Mona Lisa getting into the pool, he too goes in and then says he came to encourage his daughter Mona Lisa. Swami dances with Mona in the pool. When Manu sees Manveer and Bani speaking to each other, he tells Mona that Bani is trying to instigate him against the team. Manu abuses Swami and then Manveer asks Swami what is wrong with him and what does he want. If he has something against them then he must spit it out. Swami replies that he doesn’t want anyone in support of him. Swami says that he always wanted unity in the team. Swami tells Lopa that he will have food with celeb team from now onward. Swami requests Bigg Boss that he doesn’t want to talk to Manu and Manveer. Swami yells at Manveer and Manu and then says that he will never talk to the “aam aadmi” team. Bigg Boss announces nominations and calls Mona Lisa as the first participant and then tells her to nominate two contestants from her own team, which means celeb will nominate contestants from their own team and commoners will nominate contestants from their team. 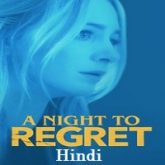 A Night to Regret Hindi Dubbed 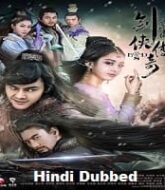 The Legend Of Zu Hindi Dubbed 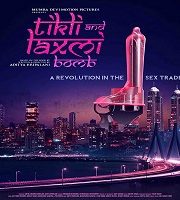